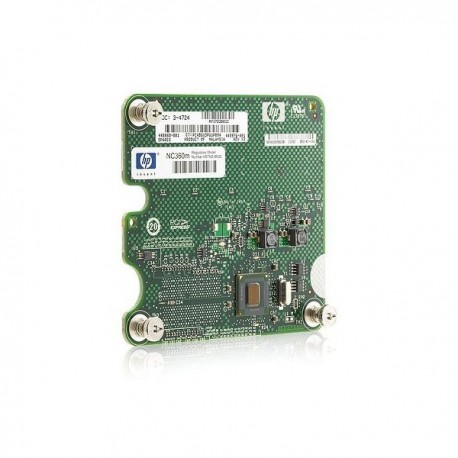 The HP NC360m is a HP BladeSystem c-Class network adapter providing two Gigabit Ethernet ports on a single mezzanine card. With the addition of the NC360m, HP BladeSystem c-Class customers now have the choice of an HP network adapter that uses either an Intel or Broadcom controller. The NC360m is designed for applications requiring additional Gigabit Ethernet ports than those provided on the server. It is ideal for virtualization, security, server consolidation, network segmentation and other BladeSystem applications requiring additional network port density.; Tested and proven to meet demanding BladeSystem standards, the adapter ships with the advanced server features that ProLiant customers have come to expect, such as support for failover and load balancing, TCP/IP checksum offloading, large send offloading, Wake-on-LAN, PXE, jumbo frames, VLAN tagging and much more.