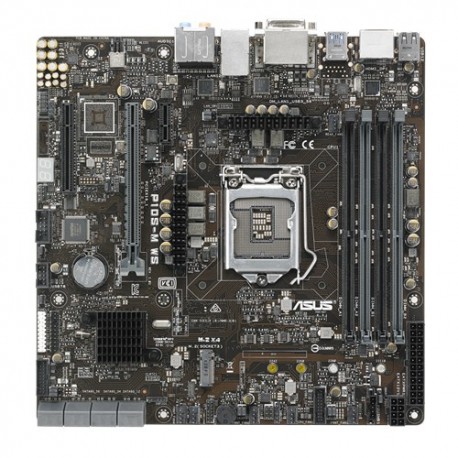 P10S-M WS is the workstation board that’s perfect for media server, cloud gaming, video streaming and so much more. Its thoughtful layout maximizes accessibility to adjust inside temperature, which is great for rack-mounted configuration – so it’s ready to meet enterprise or academia need.

Furthermore, the M.2 is designed up to 110mm, which is provided most of choices for customers installing various SSD.

The P10S-M WS features Intel® Socket 1151 with the C236 chipset specially-designed for workstations. It supported latest API like DirectX 3D 2015, OGL 4.4, OpenGL ES 3.0 and OpenCL2.1. ISV application testing and certification with integrated graphics cores on E3-1200 v5 processors are perfect for entry-level workstations and software such as Autodesk AutoCAD, Autodesk Maya and Adobe After Effects CC, etc. The P10S-M WS is your best choice for a DIY workstation build that rivals top-tier pre-built workstations.

P10S-M WS in equipped for total display flexibility, with HDMI, DisplayPort and DVI-D connectivity all built in to the board. With a compatible latest-generation Intel® process, you’ll be able to connect and drive three independent displays simultaneously – great for multitasking, and even better for productivity.

P10S-M WS is engineered with hand-chosen components to reach platinum-grade power efficiency – that reduces temperatures and switching loss from CPU. The energy-efficient, technologies include:

John
Great price for what I needed, and quick (free!) delivery. Always reliable.
Patrick
GOOD SUPPLIER; ALWAYS BEEN EASY TO DEAL WITH AND ON THE BALL WHEN DEALING WITH REQUESTS.
Laurence
The website and checkout process is easy, the customer support are also very friendly and responsive.
Martin
First class service, prompt dispatch/delivery. Thank you.
John
Excellent Thanks...
Lesley
Really helpful employee answered my questions and assured me I could return product if it didn't work as successfully as I hoped. I did later need to return which meant paying £10 as through best...
Catherine
The service I received from Netstore Direct was excellent from start to finish. The products were exactly as stated on the website. The purchasing process was simple and I was kept well informed at...
Bill
all good quick delivery
Anonymous
Such a good company!!!!!!!!!! Amazing sevice
Abdus
Very good service and fast delivery. A*
Adrian
Always competitively priced and good delivery service. Products are of a good standard and were recently very helpful on the phone when I called for advice.
Colin
Excellent quick service
Andrew
easy to navigate website, keen pricing and fast delivery. would recommend to friends.
Andrew
Used this company several times now and will continue to do so. Good products at a good price and excellent service and delivery.
Ian
very happy
Sufyan
Prompt and secure delivery. I will be ordering more products such as patch panel, network switch, rack...etc. I will be calling through for advice so hopefully they are knowledgeable over the phone!
Anonymous
Very Fast Delivery, Products Exactly what expected and of a good quality standard. Delivery Prices may be a little too high but I understand that this company normally ships large shipments anyway.
Hiren
Easy to order - so website was great. Next day delivery and when I had a query they managed to answer it immediately via email.Overall great service
Rastislav
product was on stock, with competitive price
Michael
Swift response to order